Collection  «MÖLÜ» story is inspired by Northern Estonia small island, Prangli, life on 1930s. This decade became the most successful of 20th century for the island, since the local codfish industry flourished. The families were bigger than ever and also the buzz in every homeyard(the population of island was 564 people – biggest that it has ever been). In bigger families there was living even 30 people in one small cottage. In Prangli one of the most popular handycrafts method this time was doing fabric with looms. This is the reason why most of the current collection handmade fabrics are also made on Prangli island with 100 year old looms. The fabrics used for the looms are different textile leftovers.

The shapes of the collection are inspired by the life of fisherman, where their work clothes had to bare constant storm wind and burning sun. In the same time were local woman walking around on island with more classical 1930s work clothes.

The collection texture inspiration comes from early Spring coastline, where gnarled sand dunes are mixed with white snow and made abstract patterns. The wintery dry thatch is getting out the ground and reaching out some light green twigs. Seawater is icy but really clear. Own part has also codfish back pattern, which is hidden in different parts of the collection. 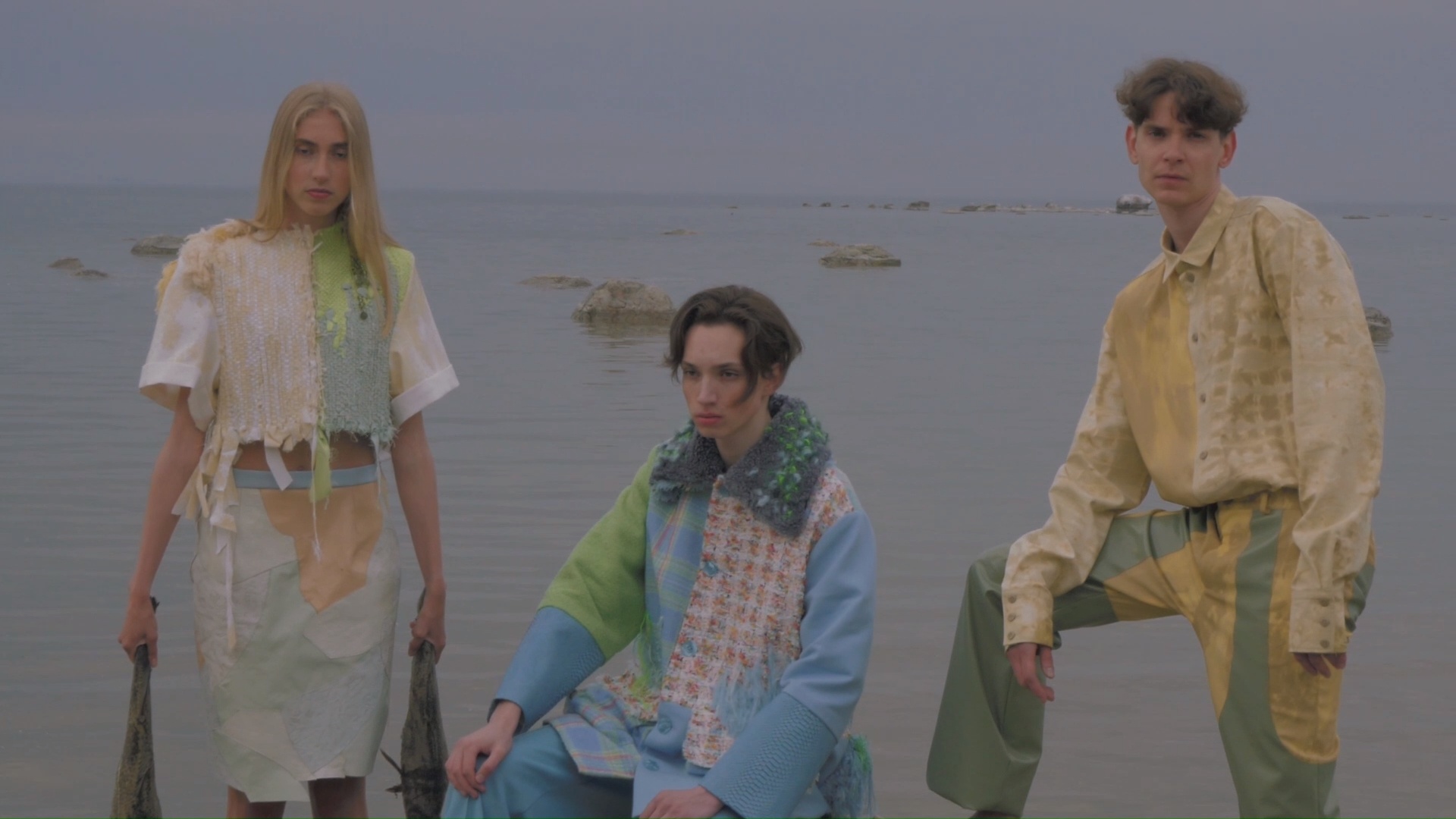 Free shipping on orders above 100€

What are you looking for?